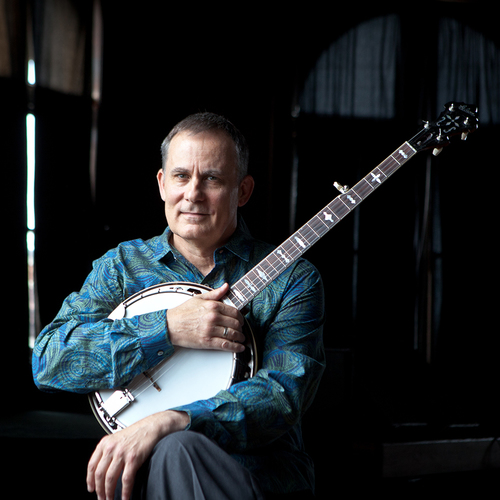 Over the course of his performing and recording career, John Bullard has invited audiences to share in a transformative revelation: to experience the artistic marriage of banjo and classical music. “Absolutely enchanting,” writes critic Graham Rickson of the UK-based The Arts Desk. “A musical education and experience that broke genre barriers,” noted Morgan Morrison, program director for the performance space The Barns of Rose Hill.

With qualities evocative of harpsichord and lute, the banjo makes a natural place for itself in particular within the works of Bach and other composers of the Baroque—and Bullard has established a strong repertoire in the music of that period. Yet he continues as well to expand the banjo’s classical reach, with a growing focus on new commissioned work.

“The exacting beauty of classical music to me is like poetry,” says Bullard. “You can spend years with a single work, and yet it only continues to draw you in more deeply to interpret and express its rich complexities, the nuances of phrasing and dynamics. And this music also allows me to bring out qualities and possibilities in the banjo that have not been recognized. There’s an extraordinary symbiosis that happens between music and instrument. For an artist, it’s such a rewarding process of challenge and discovery, and it’s one I really enjoy sharing through performance and recording.”

As a classically trained musician and the first graduate of Virginia Commonwealth University’s Department of Music to earn a degree in performance with the banjo, Bullard understands that accepting the banjo—a “folk” instrument with a complex pedigree—into the classical fold is a challenging proposition for traditionalists. The guitar once had to navigate a similar journey, says Bullard’s former VCU teacher and frequent collaborator, the classical guitarist John Patykula. “Andrès Segovia had to dispel this notion that the guitar was ‘just’ a folk instrument,” says Patykula. “And he was able to bring the guitar to the place that it was accepted on the concert stage and in the conservatory.” Patykula believes that Bullard has forged that path for the banjo. “John combines craftsmanship with a great sensitivity to music,” says Patykula. “His tireless work in creating a repertoire for the classical banjo, along with his brilliant performances and recordings, has garnered him praise internationally.”

Bullard has toured and performed throughout the United States. He has produced three album-length recordings; the most recent, with works by Romantic and Baroque composers, was recorded at the Toronto studios of Canterbury Music, with accompaniment from more than a dozen musicians and an eight-person choir. His recordings have been featured in films including the Dreamworks movie Rise of the Guardians and the award-winning Turkish-German drama The Edge of Heaven. He is the author of Bach for Banjo and Scales and Arpeggios for Classical Banjo, and he has taught classical banjo at workshops and as a faculty member of Cairn University.

Bullard’s concert repertoire includes solo, duet, and quartet performances of works from Bach, Vivaldi, Handel and others of the Baroque Period, along with later-period pieces by Schumann and others. More recently, Bullard has begun featuring new work by contemporary American composers, including a Caprice in D minor in the Romantic style, from composer Frank Mullen, and a set of 24 Preludes for Solo Banjo, commissioned from Adam Larrabee, which the composer says “showcases the instrument’s versatility and capability in all keys as well as the breadth of tonal palette and timbres each key has to offer.” In addition, Bullard is now working on a new collaboration with the genre-fusing composer Joshua Stamper.